Get a grasp on the new pot laws in Washington State. 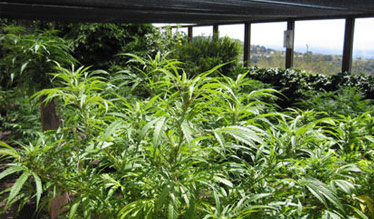 In Olympia and the rest of Washington State, it is now legal to possess up to one ounce of marijuana. However, this does not give one license to drive under the influence of pot, because driving while high on marijuana is a serious crime that incurs life altering penalties if convicted. Our Olympia DUI marijuana lawyers are well versed in these new pot laws, and they all agree that everyone should take them just as seriously as they would an alcohol related DUI.

If you are arrested for an Olympia pot DUI, a conviction will lead to these mandatory penalties:

It is unlawful to operate a motor vehicle with a blood-THC level of .05 nanograms or higher, which is determined via a blood test. Our Olympia marijuana attorneys urge all of their clients to do everything they can to avoid a conviction and resolve their case as favorably as possible.

Under certain circumstances, if the police officer who initially pulled you over suspects that you are high on pot; they will call for assistance from a drug recognition expert who will make a determination as to whether you have ingested the drug. In cases such as this, our Olympia marijuana DUI attorneys need to look into the details surrounding your arrest, because these “experts” are often using nothing but their own discretion.

When you hire one of our Olympia DUI marijuana lawyers they thoroughly investigate the police reports and every other detail of your case in order to build an aggressive defense on your behalf.

Talk to one of our Olympia marijuana lawyers today with no obligation.

Since the new marijuana laws went into effect in December of 2012, there has been a lot of confusion about the details and how they affect drivers. Our Olympia pot lawyers have done extensive research into the new marijuana DUI laws, and can help you start getting a grip on how they apply to your situation. Additionally, our Olympia marijuana DUI attorneys have over three decades of combined experience handling complex drunk driving laws in Washington, and these are not too dissimilar to drug related DUIs.

When you first contact our law firm, you have the opportunity to talk with one of our Olympia marijuana attorneys with no obligation or cost. Our free consultation offer makes it possible for you to get some answers based on the facts surrounding marijuana DUI law. If you retain one of our Olympia DUI marijuana lawyers, they will aggressively negotiate with the prosecutor to have your case dismissed or reduced. If this isn’t possible, they will take your Olympia pot DUI case all the way to trial in Washington court.

For those that have been convicted of a DUI in the past, our Olympia marijuana attorneys urge quick action. The penalties in these situations are far more severe, and our Olympia pot lawyers need time to build a solid case.

Contact us today and find out how one of our Thurston County legal professionals can help you deal with your marijuana DUI arrest. 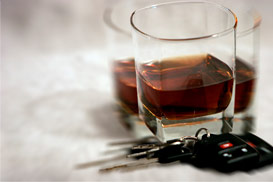 Call for your FREE consultation!

Get help from an Olympia drug DUI lawyer in Thurston County today.